With an abundance of affordable land and a low-cost, but cannabis experienced workforce, Africa offers tremendous opportunity. Companies can operate a cost effective but internationally established business model in one of the most exciting cannabis progressive continents in the world. 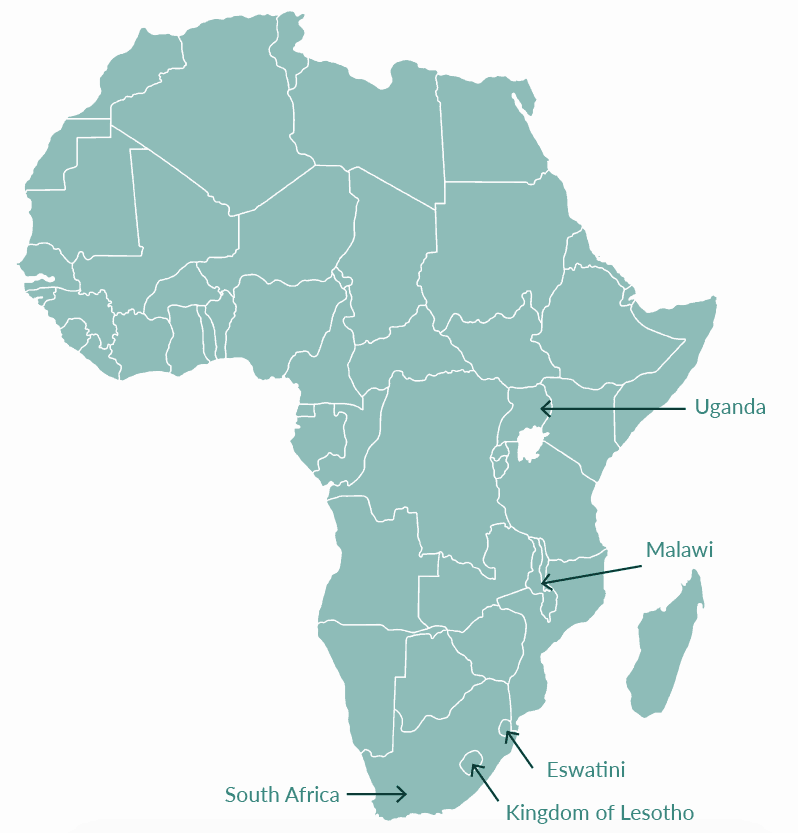 Cannabis in Africa is expected to be worth $7.1b by 2023 not including export potential. Modelling shows that Africa could most likely be the continent to embrace widespread cannabis reform the fastest.

With fewer regulatory hurdles and quick adoption of new legislation Africa is set to become a global powerhouse for high quality cannabis production.  Lesotho was the first African country to legalise medical cannabis in 2017 with very few licences issued since. The region is already attracting millions in investment capital from international cannabis companies.

Currently only Lesotho and South Africa have medical cannabis legislation. Many African countries are set to follow with proposals for cannabis production already underway. Swaziland, Sierra Leone, Ghana, and Zimbabwe are in discussions currently. This is primarily due to rapid urbanisation, enormous investment potential, legalisation of new markets, and health benefits.

In 2017 Lesotho was the first African country to grant licenses for medical cannabis production. It is estimated that in the 2000s 70% of South African Cannabis was produced in Lesotho; around 1,750 tons.

The Kingdom of Lesotho is a sovereign country and known for its unique topography with high altitudes, low humidity, extremely mineral-rich soil, and natural spring waters. The local Basotho people have been cultivating cannabis (‘Dagga’) since before the 16th century.

A very low cost but historically cannabis educated workforce makes it extremely conducive to cannabis production. Lesotho represents a prime location for production to export to foreign markets. This includes its neighbours such as South Africa and abroad to the US, South America, Canada, Europe, and Australia.

SA boasts one of the largest and strongest economies on the continent with a GDP of $349.4b. The UN estimates that the country produces about 2,500 tonnes of cannabis a year (although a majority of this comes from Lesotho). As of September 2018, cannabis was ruled legal to grow for private purposes and for use by adults in private.

The countries current framework allows for the use of medical cannabis under strict regulations from the Medical Control Council (MCC). This is for use in exceptional circumstances and prescriptions are written by registered GP’s.

The WHO estimates that SA is the third largest cannabis producer in the world with 900,000 farmers already growing. The medical cannabis industry began to rapidly grow in early 2019. Licenses for production are currently being issued. South Africans are seeing a regulated cannabis industry as an economic stimulant which, properly regulated, could become a vital industry to the area. Reports have calculated that South Africa and Nigeria potentially represent the regions two largest value markets from 2023 onwards.

The Kingdom of Eswatini (formerly Swaziland) is Africa’s last absolute monarchy. Cannabis in all forms is currently illegal. However, there is legislation being put forth now that is expected to create licensing and medical framework for cannabis production and use. This is expected to be put through in the next few months.

In 2017 Members of Parliament in the country projected that cannabis production could add $1.63b to the economy. With stagnant economic conditions and an existing GDP of only $4.4b this is quite significant.

When combined with the globalization of cannabis and the medical benefits it can bring it creates a picture of an industry that can bring immense change to the country.

Despite its illegal status cannabis is grown throughout the region and is mostly exported to South Africa and is renowned for a strain known as “Swazi Gold”.